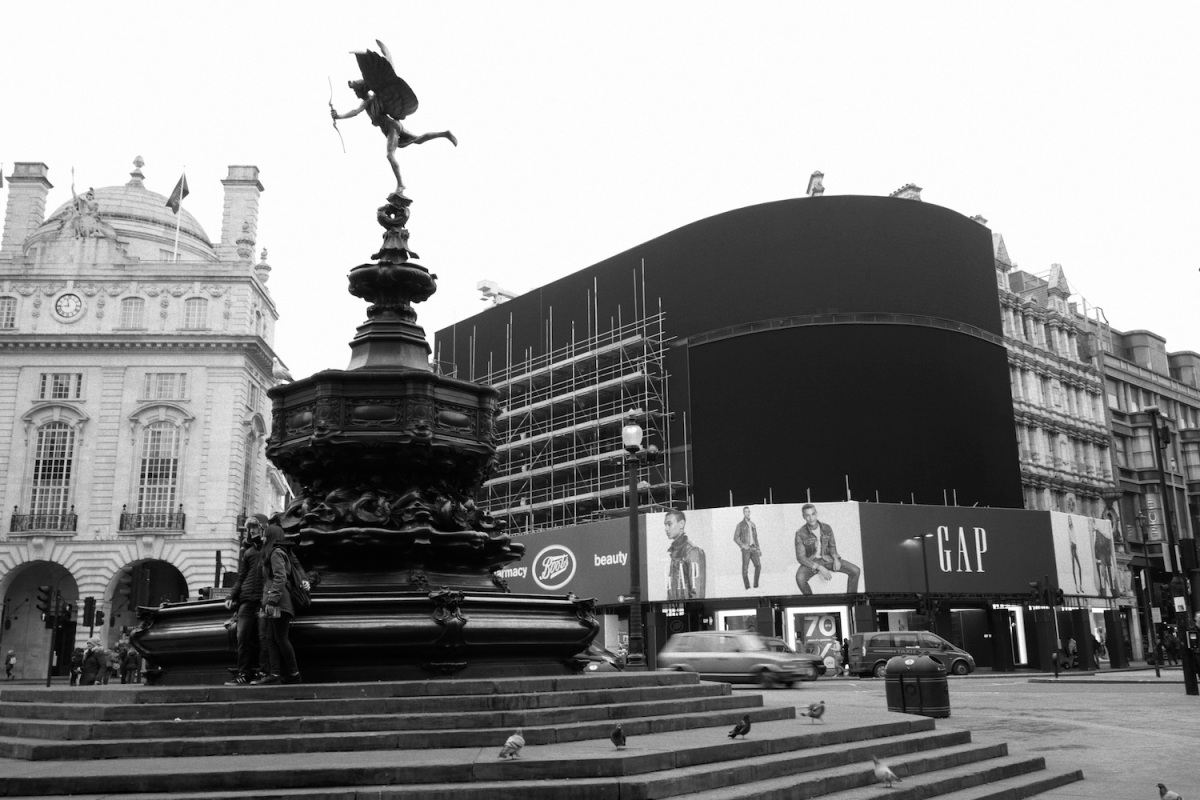 Last week, the lights went out in Piccadilly Circus. The giant multi-display screens that have lit the circus ever since the very first billboard advertising Perrier in 1908, were switched off for the dismantling and installation of a new single ‘state of the art’ digital billboard – apparently the largest in Europe.

The screens have only been turned off a handful of occasions before – for the duration of the Second World War, Winston Churchill’s funeral in 1965 and Princess Diana’s funeral in 1997.

Expect something amazing in the Autumn.