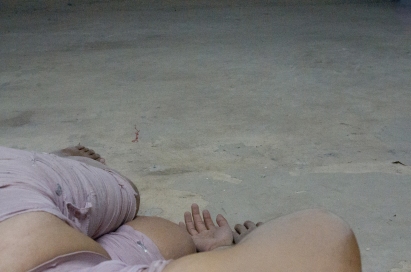 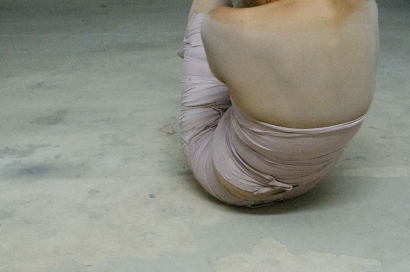 I have known Paik Yin for 4 years now, from when she first joined the Exposure+ photo mentor program, our very first instalment. Since then I have followed her progress as a photographer, and I can say that she is one of the very few multidisciplinary artists using photography, performance and dance in Malaysia today. She’s not a prolific photographer but her projects, about one a year, are always well researched and presented.

Her work has gradually matured and has become more focussed and disciplined. Keeping to her mantra of ‘body, space and time’ which is clear from her recent projects, her most recent project Metaphor examines the limits of the physical body, transformation in time and the projection of space. This is a series of self-images depicting expressions of contortions, studies and movement signifying the transcendence of the body into something more metaphysical, inspired by the ancient court dances of Apsaras (Cambodia) and Srimpi (Indonesia). These dances have many restrictive movements in the body and take many years of training and contortion to reach the elegance and grace in their movements.

Lim Paik Yin (1980) is an interdisciplinary artist working with photography, performance art and spoken words. Graduating with a B.A in Multimedia (Media Innovation and Management), her art education is supplemented through workshops organized by galleries, collectives and cultural institutions with bases in Malaysia.

Lim’s practice in theater transitioned to the visual arts through workshops organized by women’s rights groups and debut in the visual arts project, Scripted Bodies Art Exhibition in 2005. This group show use the human body as a visual motif to explore the various ideologies and political forces that shape attitudes towards the human bodies. This theme has been revisited in various forms.

She currently writes on photography for Frame Zero media after 5 years working as a photo researcher at Corbis and Click Photos Malaysia. She recently been selected for the Angkor Photo Workshop with Antoine D’Agata and Sohrab Hura and was shortlisted for the Photo Kathmandu 2016 Mixed-Media Residency.

Her photography works has exhibited in the South East Asian region, Spain and the Chennai Photo Biennale in India 2015.

Paik Yin will be running a Visual Storytelling Masterclass on July 8, 2017 at the Nikon Centre, Kuala Lumpur. More information and registration HERE

France24 broadcast journalist reporting live from the Candlelight Vigil at Trafalgar Square for the victims of the terrorist attack at Westminster on 22 March, 2017.  The last vigil I attended here at the same London landmark was on the occasion of the Paris attacks of November 2015.

This evening’s vigil was attended by thousands of local residents and visitors who filled the square, surrounded with armoured police vehicles, road closures and many armed officers. 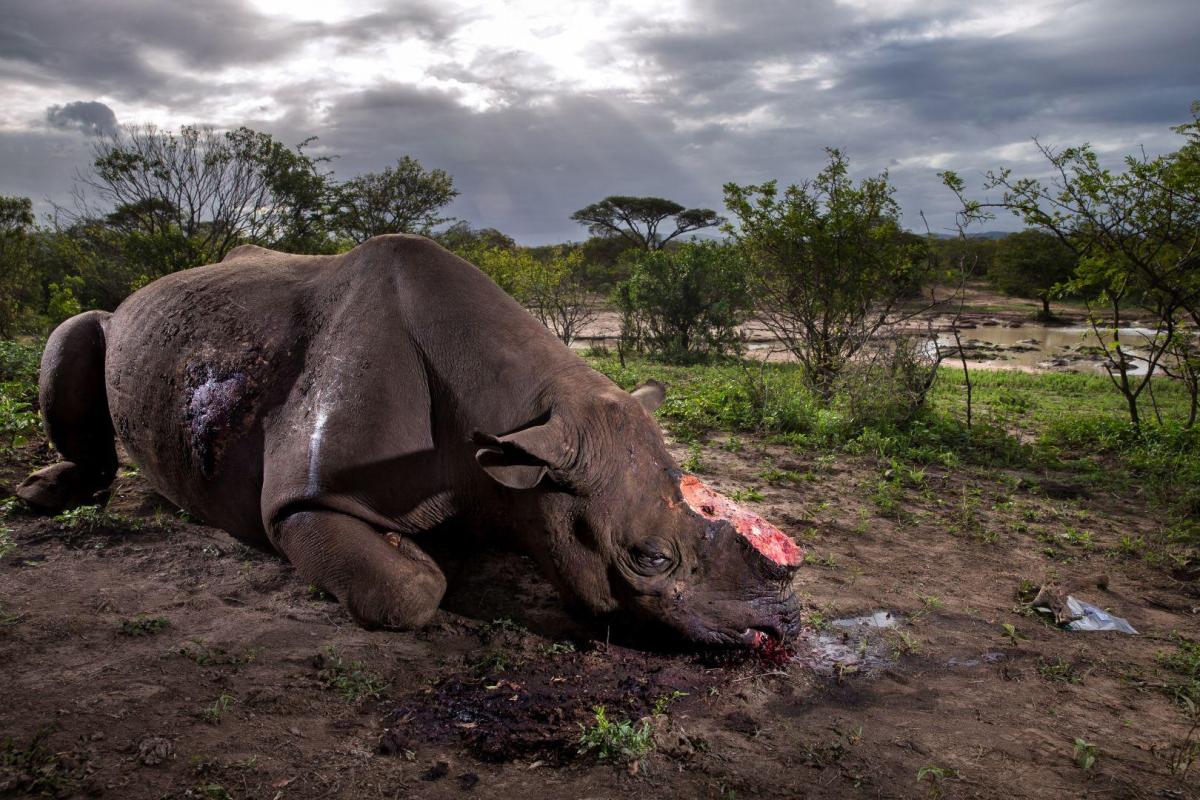 The 2017 World Press Photo of The Year has just been announced. Again, just only 24 hours of it’s publicity, much has been written on social media and the press whether the An Assassination In Turkey image by Burhan Ozbilici was appropriate or not.

Putting it into perspective a little – personally, I have the telly on most of the time, in the background, and it’s invariably tuned onto a news channel like Sky News, BBC, or Al Jazeera.  Living in the UK, it seems that almost daily, there is a Breaking News item being live reported or televised. The rolling 24 hour news that we live by is addictive and at best numbing – especially when there is a terrorist attack happening within 100 miles of where you live. It could well be 10 miles away or even right in Piccadilly Circus.

On 7 July 2005 suicide bombers attacked 3 transport locations in London simultaneously killing 52 people. Since then, there have been several deadly attacks in the City and as we all know recently in France, Belgium, Germany amongst other places. These attacks are close and becoming closer. In addition, there are victims who suffer permanent disabilities, least death. Then there are the daily reports of civilian deaths in bombings, migrant boats capsizing, refugee exodus.

Being informed about the news is once thing, but what can we do about the situation?

Year in, year out, we will continue to see murders and killings amongst man, and there will be photographs from these incidents that make the cut. That is the nature of Man and this is disheartening.

Now, if you did not see the breaking news of this assassination, or read the reports in the papers the next day, or did not even know about it, what will be your reaction? Is it iconic?

In the WPPOFTY, glorifying a cold blooded murder can be seen to be acknowledging the bravery of the photographer – as one of the judges put in – “to reward the photographer, not the crime”. I suggest the photographer be given a bravery medal. I respect the jury panel decision although that would not have been my choice. I think, as consumers of the news and observers of images, we, the masses can have a say about what we think.

If you were one of the jury, which image would you have picked for the WPPOTY?

My pick would be Brent Stirton’s Dead Rhino image. I cannot bear looking at it, and that is powerful. At least, I hope that Man can do something to stop these poachers.

Last week, the lights went out in Piccadilly Circus. The giant multi-display screens that have lit the circus ever since the very first billboard advertising Perrier in 1908, were switched off for the dismantling and installation of a new single ‘state of the art’ digital billboard – apparently the largest in Europe.

The screens have only been turned off a handful of occasions before – for the duration of the Second World War, Winston Churchill’s funeral in 1965 and Princess Diana’s funeral in 1997.

Expect something amazing in the Autumn.

Wishing everyone a Happy and Peaceful Christmas.

With a little over a week till Christmas, and soon 2016 comes to an end,  I look forward to another awesome year ahead to new projects, new friends and more personal photography projects.

Coming straight up, in February – KLPA2017 will be launched with a brand new and exciting theme. In May, we will hosting the first ever Photography Symposium Asia in Kuala Lumpur, promising a great line up of presenters and focusing on Education and Opportunities.

2017, also sees the second phase of the Two Mountains Photo Project taking shape. Six photographers from Japan and Malaysia have been commissioned to photograph stories surrounding the mythology, socio dynamics and natural aspects of Mount Fuji and Mount Kinabalu.

KL-Ga was also launched this year and we continue with this photoblog for 2017. We have already seen some great single images and stories about the city, as we take on new photographers.

In the pipeline also  – is a personal project centred around the printed image and more details will follow. 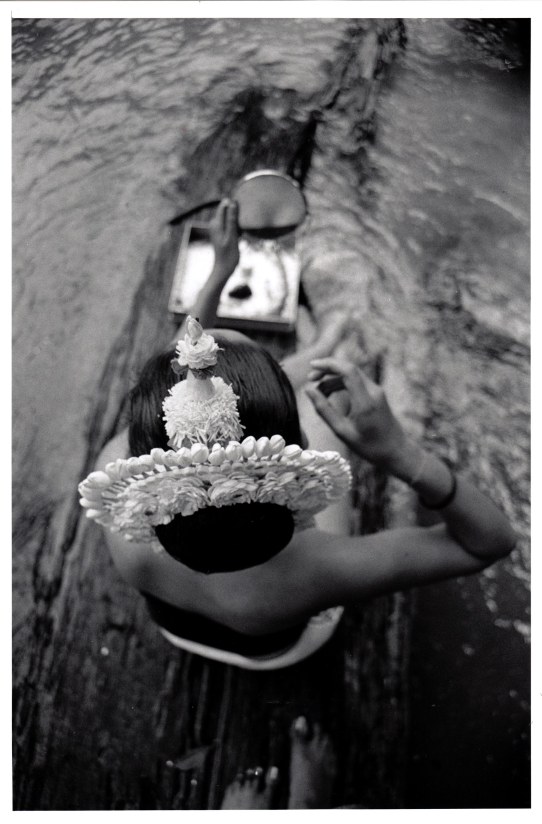 Nirmala Karuppiah is a Malaysian fine art and documentary photographer and a friend whom I have known since late 90s. As one of the established fine art photographers in contemporary Malaysian photography she has spent the last two decades documenting various dance genres, mainly in the classical Indian discipline Odissi, Cantonese Opera, Northern Malay dance-drama Mak Yong and the healing rituals of Main Puteri from Kelantan, a northern state in the peninsula. 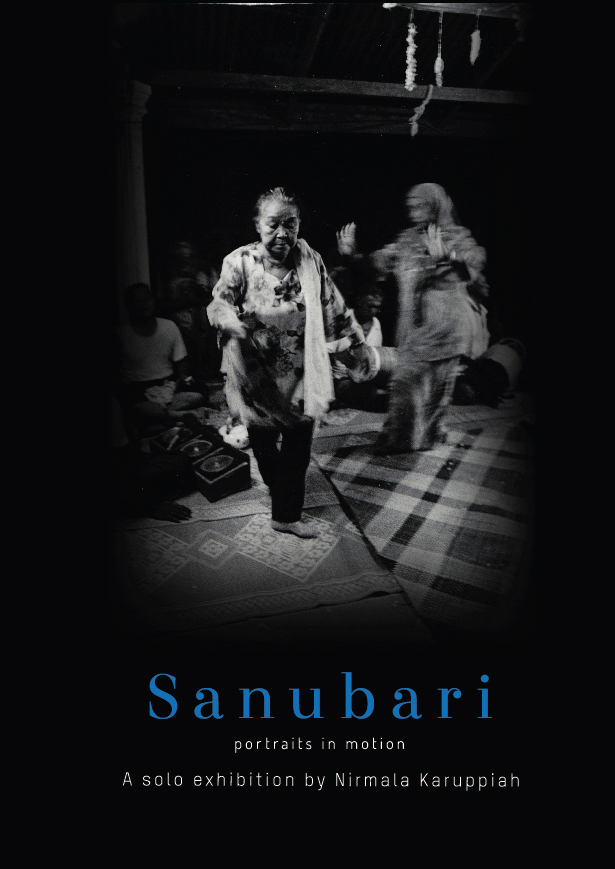 SANUBARI is her first solo exhibition in the United Kingdom. The Malay word Sanubari has various translations, but one, which aptly describes it in the context of this exhibition is the ‘inner-self’, of deepest feelings reaching fever-pitch and a ‘heartfire’ which laces each work seen in the show.

Nirmala’s intrinsic talent, merged with a deep love and respect for these artforms are evident in each of her work; and Sanubari is aimed at presenting to the masses, both a historic and personal views of these dance genres, seen through her camera lenses in a myriad of perspectives.

Working predominantly in black and white, Sanubari is the artist’s intense pursuit of conserving, documenting and disseminating these artforms which, although has been written about in many journals and publications, still need to be actively trailed.