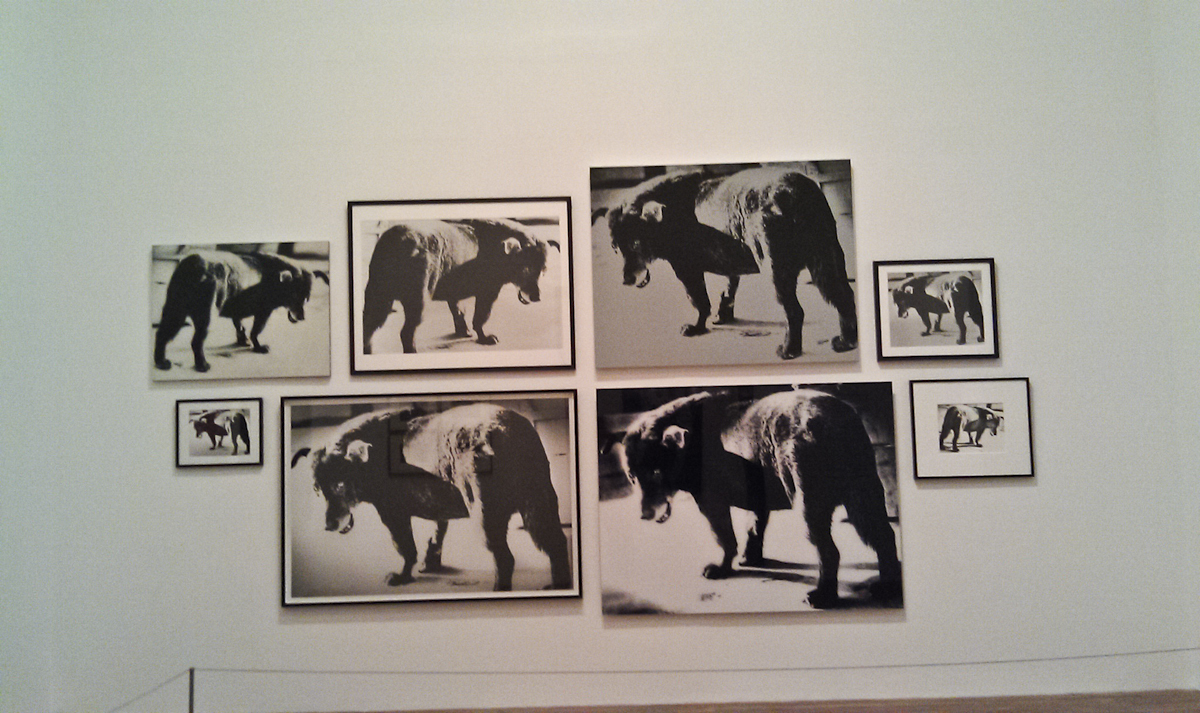 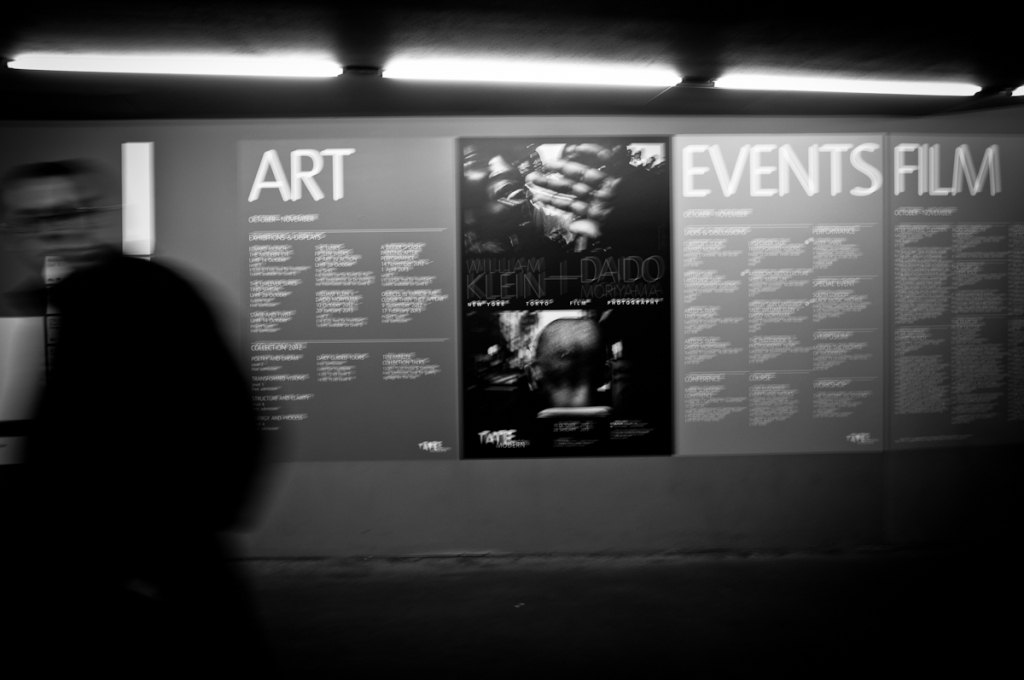 You have seen the posters advertising this duo retrospective all over the underground, on sides of buses and in the papers. It runs at the Tate Modern till 20 January, 2013 at £12.70 per entry and it does not disappoint. 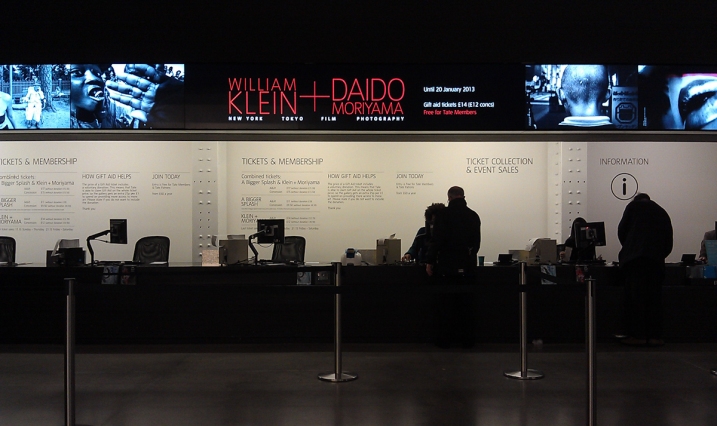 When there are two photographers being exhibited together, one will always ask the question, “who is better?” Well, to cut to the chase. Klein wins hands down. Not that Moriyama’s hauntingly haphazard black and white photographs of 60’s Tokyo and his observed New York weren’t any good, but, when ‘juxtaposed’ (that dreaded word again I’m afraid) against the width, breadth and depth of William Klein’s monumental works, including his abstract colour typographical screenprints, early film documentaries, colour photographs, street people, Vogue fashion, gigantic photograms and pop-art contact prints, tend to render Moriyama’s works into one dimension. 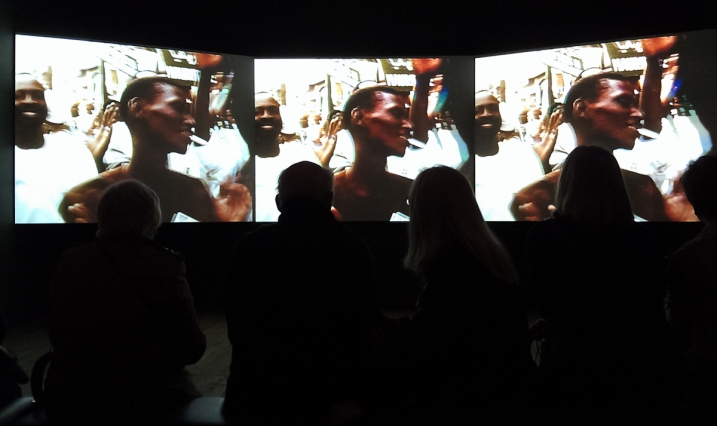 You see, if you didn’t know Klein, he’s a sort of master of all arts. He started as a painter, filmmaker and graphic artist before he discovered photography. He’s a sort of expat New Yorker living in Paris and he bought Cartier Bresson’s early Leicas. That makes him a ‘God’ to many. 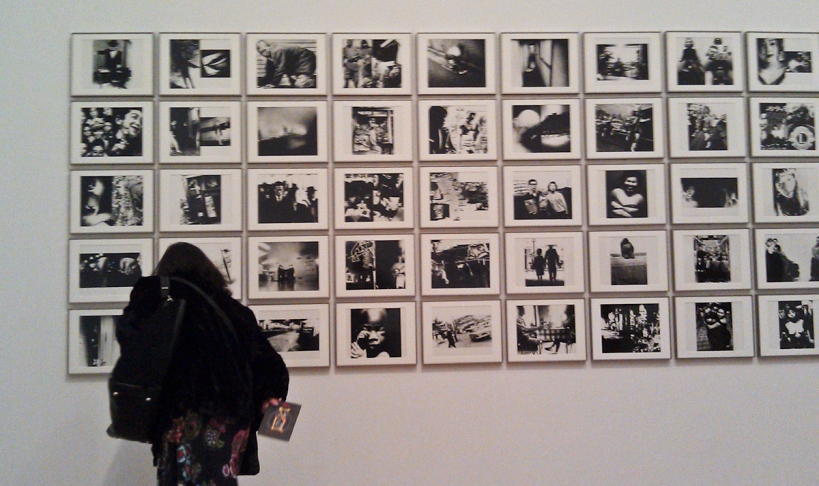 For me, Klein’s black and white street photographs do not have the wit and humour, (dare I say it, the ‘moment’ of Cartier Bresson’s photographs) of Erwitt, Frank or even Doisneau. They were somewhat more honest and personal, which is what I like, as pure, up close, urban city observations. I think, today, street photographers try too hard to create  or seek out these moments, so much so, they are derivative and predictable. 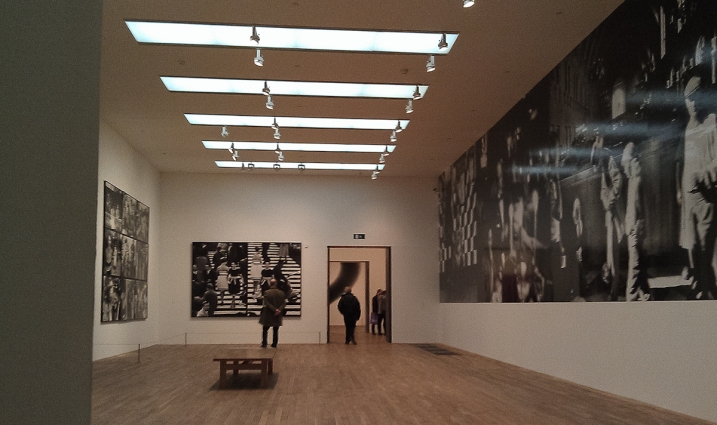 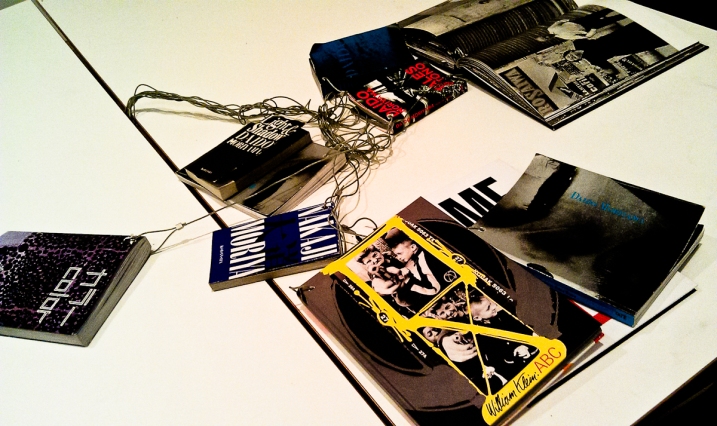 I did find many of Moriyama’s black and white images rather banal, although some would say seminal, to his later series of urban Tokyo. His early style was influenced by Klein as well as Kerouac’s photographs. Both artists commonly print in high contrast, grainy style with over-blacks, often blurry, even out of focus. This was considered the ‘rebel’ style to much of what was published in the 50’s & 60’s, in documentary and fashion stories. Klein broke the mold. Moriyama led the way.

I also looked forward very much to seeing his Stray Dog, (which I wrote about here ) possibly his most famous image. I did not see one, but 8 Stray Dogs instead. I came away with a feeling that both of these great photographers deserved their own exhibitions, rather than Daido taking second place, in both the headlines as well as how the show was laid out. I guess seniority rules in the end. 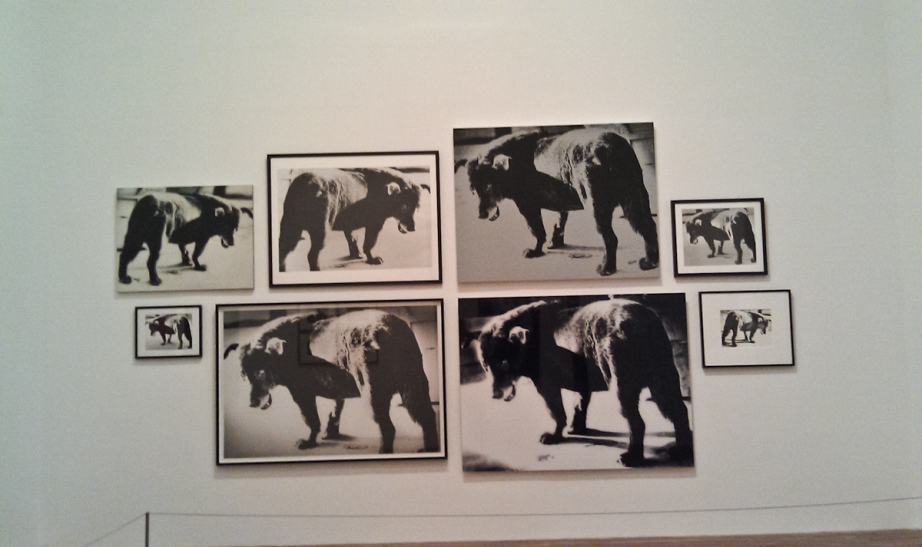 The last major retrospectives  I visited and written about were Anne Leibovitz’s in 2008, Lee Friedlander‘s in 2007 and also Diane Arbus at the V&A in 2005, before I begin blogging. – SL